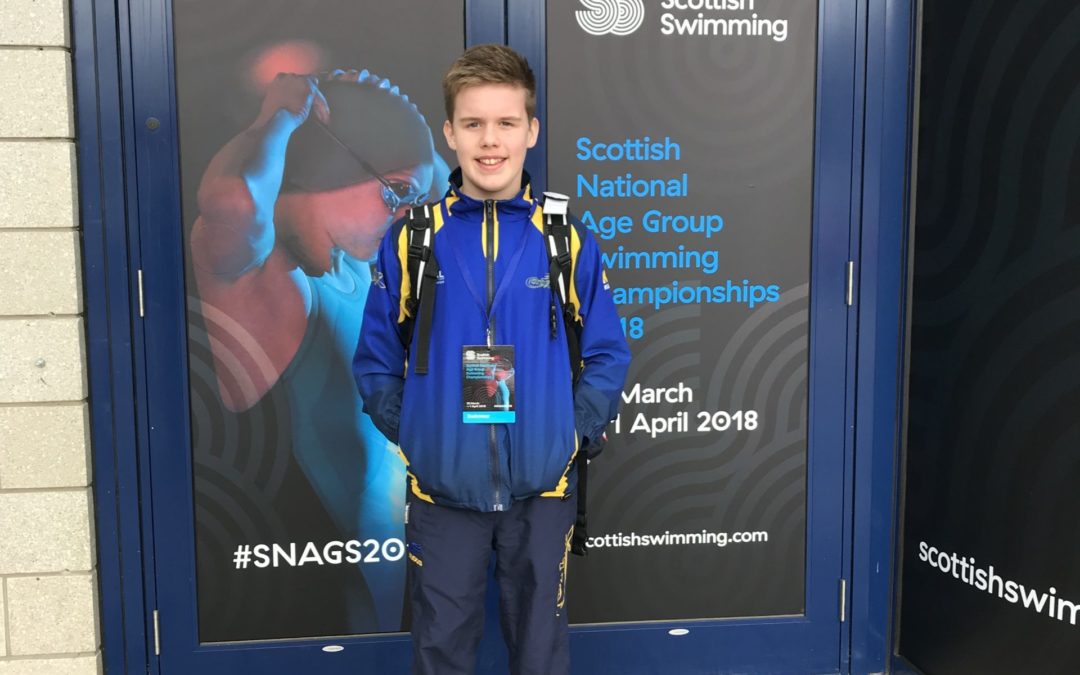 Robert recently qualified to compete at the Scottish Nationals, which were held in Glasgow at the Tollcross pool which was used for the 2014 Commonwealth Games and will host the 2018 European Championships.

It was a chance to compete against the elite swimmers north of the border in a 10-lane pool.

Robert competed in the 100m and 200m breaststroke and the 400 freestyle and IM and decided he had little alternative to treating them all as sprints. He registered 3 PB’s, including 2 new club records in the breaststroke events.

His performance in the 400m freestyle sees him included in the provisional invitations for the Scottish National Summer meet to be held in Aberdeen in July – though he will be looking to improve his times and secure more entries at level 1 meets in the next few weeks.