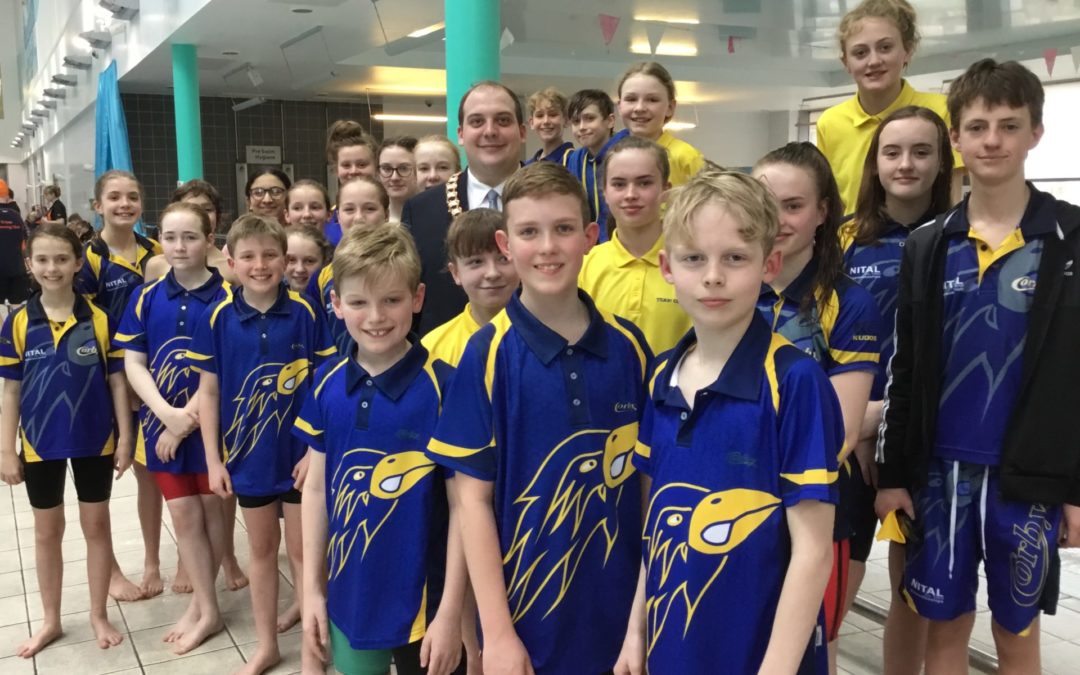 The past few weeks have seen more amazing performances from Corby swimmers with the club holding it’s 5th Annual Open Meet at the East Midlands International Pool together with the club’s elite swimmers also competing at the Regional Championships and it’s under 12 years taking part in the Leicester Diddy League.

Corby’s Open Meet attracted approximately 800 swimmers and supporters to the competition from all over the country and demonstrated the clubs continued rise to the top of U.K competitive swimming. The Open Meet was attended by Tom Pursglove M.P and Matt Keane, the Mayor of Corby. Teresa Evans is Corby’s club secretary and said ‘Swimmers and parents at CASC work really hard to put on these events. It’s a members club run by the members and the hard work and success is shared by everyone!’

The Regional Championships saw 15 Corby swimmers competing at two venues – the over 14’s swam at Ponds Forge Sheffield with Archie Evans taking two Gold medals in the Backstroke events plus a further four Silvers too alongside teammate David Gillespie winning two Silver medals in the 50m and 100m Butterfly events.

Not to be outdone, the under 14 year olds swam in their championships at Corby EMIP with Sam Cooke winning gold medal in the Boys 1500m Freestyle as well as two more bronze medals in the 200m Backstroke and 200m Freestyle. Sophy Kendall also stepped up to win Silver medals in both the girls 200m and 1500m freestyle events.

Corby’s under 12 year old swimmers are the defending champions in the Leicestershire Diddy League this year and after brilliant swims in the first two rounds of the competition, the team head into the final on June 16th at Corby full of confidence.

The other big event looming for Corby swimmers is the GB Nationals in July with only the top 24 ranked swimmers invited to take part. Tim Evans the clubs Head Coach commented ‘The club just keeps getting better and better with the swimmers getting quicker and quicker! We have three boys who should make it through to the GB Nationals in July and to be honest all three can win medals there! On top of that we have a crop of another 5 or 6 swimmers who are just on the fringes of breaking through into the top 24 and I believe that all of these swimmers too can swim fast enough to qualify. We work really hard and the success is well deserved, it’s great to be part of such a fantastic club!’ 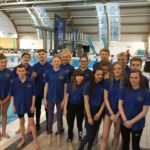 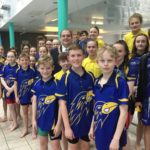 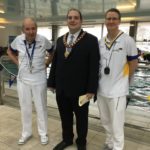